Slave mentality is a mindset or way of thinking which comes from being a slave.

But slavery was abolished years ago. 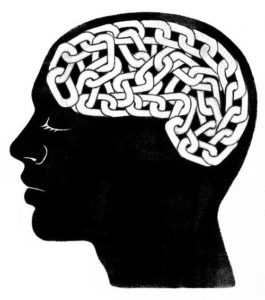 Slavery was abolished in the late 1800s, but only in the law books.
Crime is also punishable by law, but that doesn’t stop people from doing it.

Do you really believe that the slave masters would abandon such a lucrative, manipulative and controlling system?

But I’ve never been a slave.

Unfortunately, 98% of human beings are slaves.

You’ve been bound with invisible chains with the same consequences.

Seriously though, it’s not your fault.

That’s the way the system works.

It’s a self-perpetuating cycle of indoctrination.

Words are foundational in all forms of slavery and to break free from their chains, it’s vital that you understand words, their meanings and the subtle changes to the meanings.

Where Does Slave Mentality Come From?

Slavery was practised by all nations but in particular by the conquerors.

The Romans and Greeks had plenty of slaves, and the Vikings were well known for slaving.

Very few nations didn’t practice or benefit from it.

Some of the great civilizations of the world like Egypt, Rome and Greece were built on the sweat of slaves.

It’s part of the dark side of human nature, the need to control others.
People crave control and the ultimate form of control is enslavement.

People were never made to be controlled because they’re masters at heart.

The continent of Africa was heavily slaved, with East and West Africa suffering the most.

Huge numbers of slaves were taken from Africa to the Americas and the West.

History focused on the Americas because of their civil war but Brazil and the West Indies had plenty of African slaves.

To qualify as a slave you needed to be in the wrong place at the wrong time with certain characteristics such as being young, strong and healthy.

Slavery caused great suffering, pain and misery, but the most insidious trait was a slave mentality which still flourishes in the minds of people and cultures.

Slaves that arrived on the plantations had to be trained to follow the master’s orders and ideally enforce those rules on the rest.
This is why a worthy slave was appointed as a slave driver, the highest status position on the plantation.
His job was to ensure maximum productivity.

The result of a slave mentality was that you accepted your lot, lived with your circumstances and worked hard.
You were trained from childhood to accept your position in life and that the system was unbeatable.
Those who escaped or rebelled were met with harsh punishment or death.

This way of thinking infected the next generation to believe that this was the only way of life.

The overseers put a lot of effort into ensuring their slaves were infected with slave mentality as they would then work hard, were docile and caused no problems.

The master’s job was to keep you under control, ensure that you bred new stock and were self-sustaining.

This methodology was extremely effective as can be seen in the writings of the slaves that escaped or lived after they were set free.
Even today, the majority of articles on the net about being slave minded refer to specific cultures, nationalities and continents.

Do you believe that all your habits, behaviours and decisions are your own?

Most of them are not.
They were taught, learned, and programmed into your subconscious.

How Words Control Your Mind.

Slaves were captured, shackled, and sold to the highest bidder.
They were separated from their families and countries to work for new masters.
They lost their identity, culture and language with new ideologies forced upon them.
They either adapted or died.

Think about the word slave.

Close your eyes. What images come to mind?
Did the word slave create an image of a manacled person in rags, sold, working or being punished?
Did you see the gender, age or nationality of that person?

Now think about the word slavery, and then modern-day slavery.

What images did you see? Did you notice any differences?

What images did slavery evoke?
Did you see dirty, skinny children working under harsh conditions or women forced to work in the sex trade when you thought of modern-day slavery?

These images define the slave trade as it happened decades ago committed by certain nations.

Did you see yourself as a slave in any of those images?

You didn’t see yourself in any of those images because you think you’re free.
The opening paragraph primed your mind to see the images from what you read or were taught, and the image at the top of the page helps subconsciously focus on the stereotype.

If the word slave is mentioned, these images come to mind which help camouflage the modern-day concept of a slave mentality.

Most internet searches point to articles about physical slavery and the history of African slaves which enhance the imagery.

What is Present Day Slave Mentality and how can you escape from it?