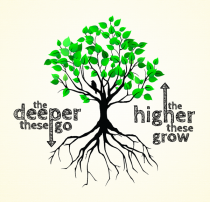 The definition of shallow would be one without depth. Like a muddy puddle that you stepped in, not enough to make you wet but just enough to irritate you.

Shallow people are usually interested in money, fame and appearance. The movie Shallow Hal depicted Hal as one who only dated beautiful women and avoided the ugly at all costs. His whole life changes when a hypnotist adjusts his perception from external to inner beauty.
Unfortunately, his equally shallow friend tries to rescue him from his new way of life.

A shallow person could be defined as one who is guided by their senses and governed by their feelings. They are driven by the concept of what’s in it for me?

Looks, status and approval from others are of vital importance, which they receive from those they surround themselves with. They thrive on feedback that strokes their egos, but they’re quick to judge. A shallow person will cast you aside the moment you become uninteresting or of no use to them.

If I asked whether you were shallow, you would probably say no. You might even get offended because you know shallow people are not nice.

So how would you know if you are shallow?

The quiz links on the net focus on relationships, looks and popularity. These quizzes are geared toward teenagers but give you a general idea of what it means to be shallow.

The problem with being shallow is that you are easily manipulated. You believe popular opinion / the media, or what others you believe are worthy of your attention tell you because you have no opinion.
Having an opinion means you have not taken something at face value. You have thought it through and queried whether it is true or false.

I would rather have the depth of thought and the wisdom to know whether the Powers That Be and the mass media were duping me. Otherwise, I would be dancing to their tunes as they pulled my strings.

It’s a shallow life that doesn’t give a person a few scars.
Garrison Keillor

Are you a shallow person?

How shallow are you?